With the release of Your Cold Felt Heart Issue No. 0 right around the corner I wanted to give some insight into the process of creating it’s cover. As far as illustrations for the book go, the most time and effort was spent making sure the cover of the issue was as eye-catching and detailed as possible. Before composing the final image I worked out the poses and layout as thumbnails. Although I experimented with several different ideas the split cover with Frank and The Blind Scarf was my first, and ultimately my favorite, composition. This stage was completed with graphite pencils on an 11×14 piece of smooth bristol and took about  2-3 hours to complete (mostly because of the two point perspective on the brick wall). Despite my shortcomings as an illustrator, I have to say I’m proud of how these pencils turned out. 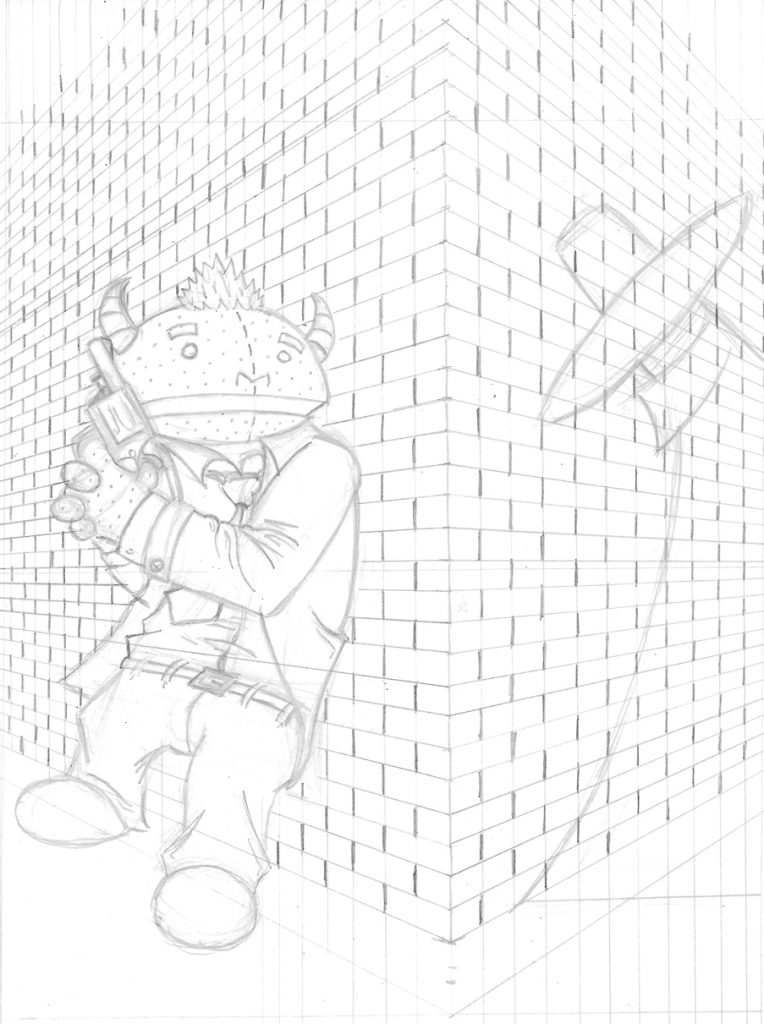