Leading up to the release of Your Cold Felt Heart I’ve been going over the process involved in the creation of it’s cover. After completing the pencils and finished inks the next step in the process was coloring the composition. The goal for the finished colors was to resemble a painted Film Noir poster from the 40s, which was something above and beyond my skills set. In order to achieve the final painted appearance my friend (and one heck of a colorist), Chriss Cornish, used her amazing talents to add an incredible dynamic to the illustration. Although I don’t know the exact details on how long it took her to finish the colors for the cover, I can say that she finished them way faster than I expected, because she’s awesome like that. The logo for Your Cold Felt Heart was added to the composition before the colors so that Chriss could include them in her pallet for a more cohesive appearance. 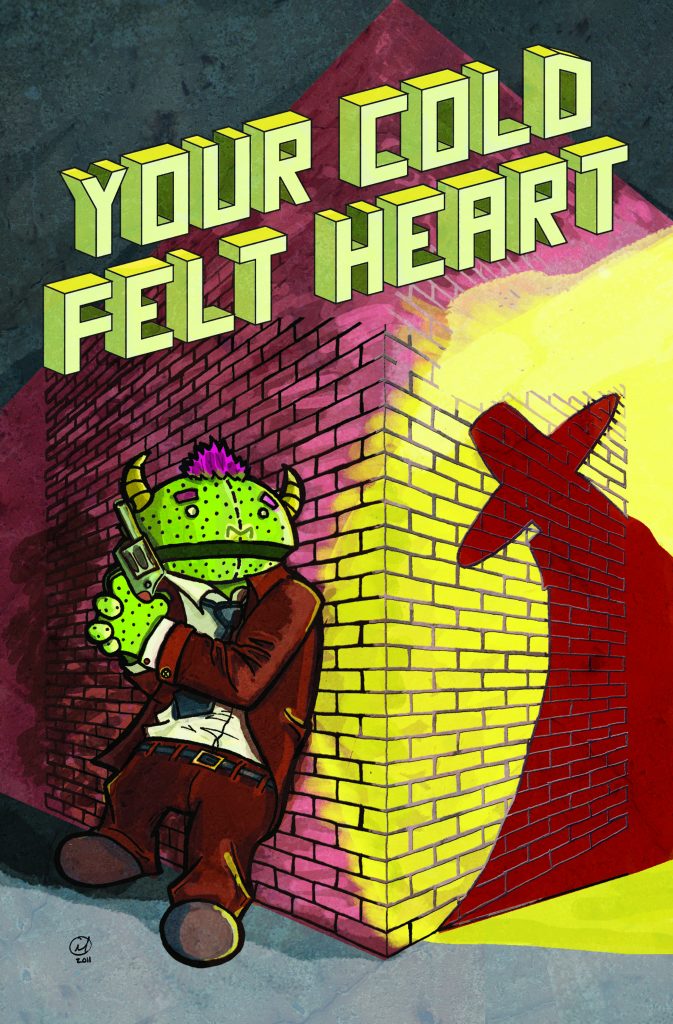