I’ve been dwelling in the incredible world of Hergé’s The Adventures of Tintin for the past several days now. This recent obsession started after I watched Steven Spielberg’s big screen adaptation of Tintin for my column over at Monster Popcorn last week and has managed to linger well into this one. As a result of this I’ve been looking back at several of Hergé’s comics recently, which is something I haven’t done for quite some time. It would seem Hergé’s ligne claire drawing style must have made more of an impression on me than I recall from my first encounter with it. Looking back at it now, it seems glaringly obvious Hergé’s art helped inspire the look of the background and prop style I’m using in Your Cold Felt Heart. After realizing this, I felt compelled to do a drawing of Tintin to see how Hergé’s character style and mine would look together. I’m sad to say my first (and probably only) attempt at drawing Tintin ended up looking more like a poorly executed tracing of a Hergé illustration, though I swear to having drawn this from memory and freehand. Nevertheless, it was a fun exercise. Comparing my drawing to Hergé’s, it appears I took a few liberties with Tintin’s wardrobe (specifically his belt and v-neck sweater) which I hope all the Tintinologist out there can forgive me for. I’ve only managed to read 12 of the 23 cannon, Adventures of Tintin stories from Hergé so far, it seems I should probably fix that here soon. 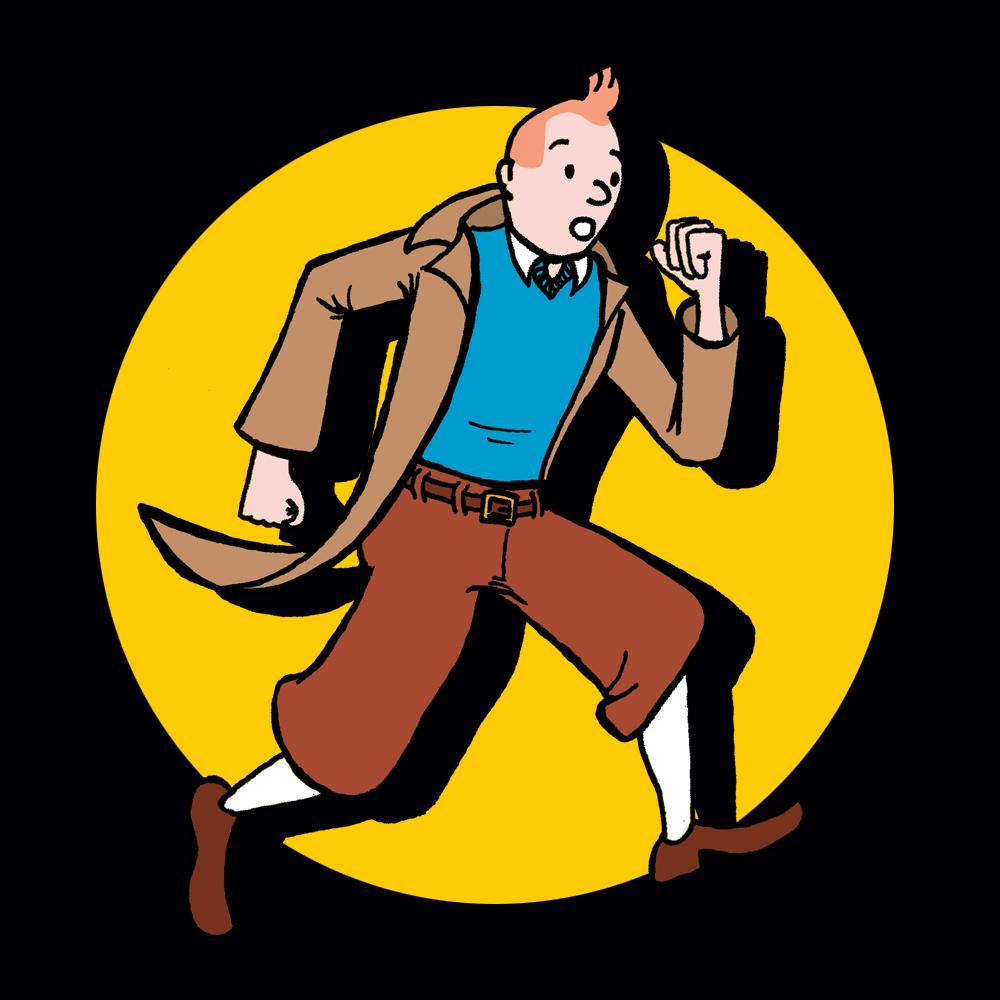