This week my column over at Monster Popcorn is talking about one of my favorite films, Hot Fuzz. In an effort to further push myself as a cartoonist, and to find some link between my writing for Monster Popcorn and this site, I decided to take a stab at drawing a character from the film. Nick Frost’s portrayal of Police Constable Danny Butterman is one of the main reasons I return to watch Hot Fuzz time and time again. When I told my friends what I was doing, everyone anticipated a more humorous drawing of P.C. Butterman (perhaps in his ill-fitted cowboy attire), but I really wanted to capture Danny’s thirst for adventure and “proper action and shit” so I opted instead for a shot of him firing two pistols whilst jumping through the air. If  you’ve never seen Hot Fuzz, I highly recommend you check it out when you’ve got the time, until then here’s my drawing of Danny at the height of his wish fulfillment from the action packed ending to this hilarious film. 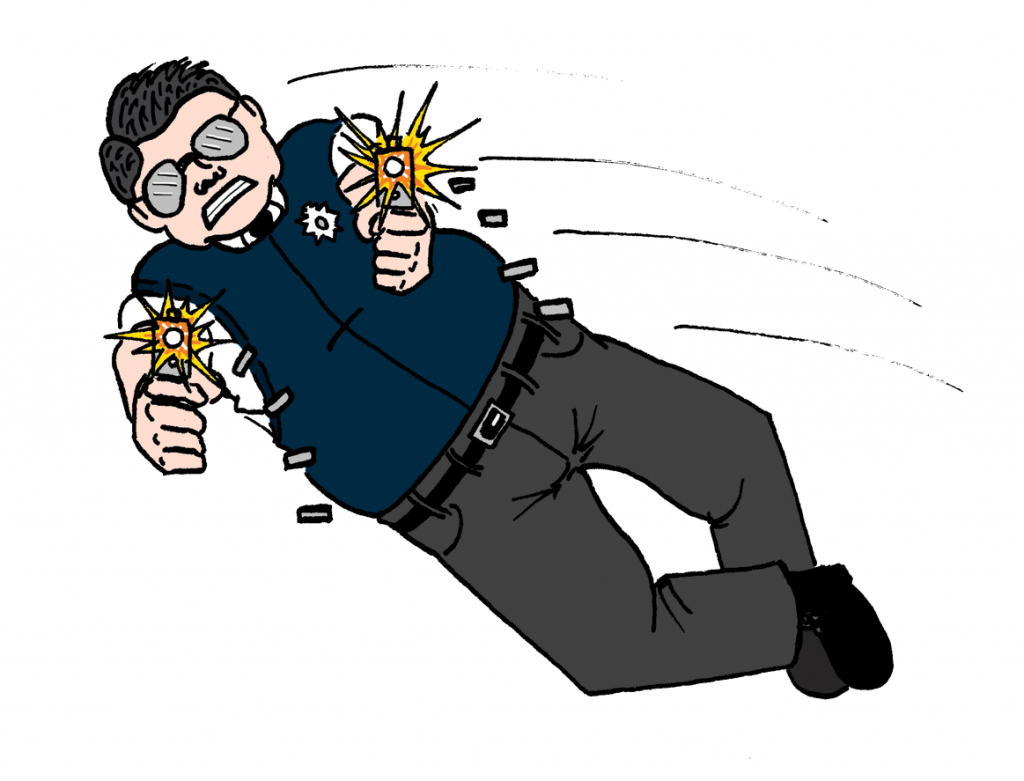